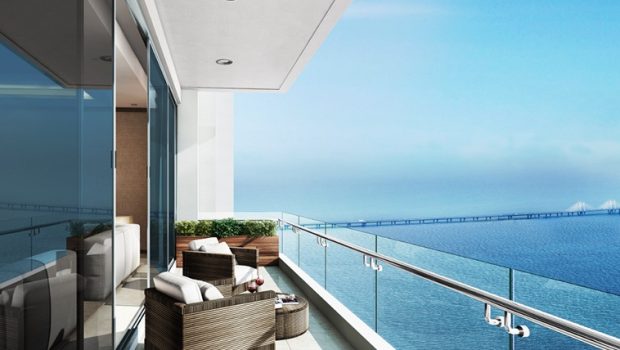 Live the Reality of Owning a Luxury House in Thane: 4 Trends to Catch on

Owing a luxury home in mega cities such as Delhi, Mumbai, Bengaluru and Gurgaon, is a dream for many. But, Thane is one destination where you can turn your dream into reality. Located in close proximity to Mumbai, Thane is one of the fastest growing cities in the country. It is among the few cities which has not largely been affected by the slowdown witnessed in the real estate sector. Good connectivity and sound social infrastructure are some of reasons as to why you should buy a house in Thane.

Connectivity: The government has paid special attention to the development of the infrastructure of Thane. Connectivity of the city with the rest of India is good. A solid network of roads and highways make travelling quite convenient from Thane to Mumbai and Navi Mumbai. The Eastern Freeway, NH 8, Mumbai-Nashik Highway, and the Ghodbunder Road are well maintained and provide easy connectivity.

With the start of Line 4 of Mumbai Metro, the connectivity would get a big boost. It will not only lessen the travelling time between Thane and Wadala, but also provide the commuters with a hassle-free journey.

Live in beautiful surroundings: Despite large-scale development taking place in the city, Thane has not lost its charm. Unlike Mumbai, which has become quite congested in recent times, Thane comprises an abundance of greenery and verdant hills.The city is blessed with beautiful lakes, giving Thane the nickname, “City of Lakes”. Many of the projects that are currently under construction are spacious and environment-friendly.Thane is the perfect place for those who want to live far away from the pollution and hustle bustle.

Large-scale development: The skyline of Thane has seen a significant change in the past decade. As compared to neighbouring Mumbai which is witnessing a saturation, there is plenty of land bank available in Thane. This has attracted many leading developers to this city who are developing a number of projects ranging from the affordable to the premium and high-rises. Localities such as Ghodhbunder Road, Vartak Nagar, Waghbil, Kolhet Road, Majiwada, etc. are witnessing massive development activities. Ghodbunder Road is fast emerging as a hotspot because of its good connectivity to offices in Mumbai. Many projects are coming upon this area ranging from 2 BHK flats on GhodbunderRoad,Thane to luxury apartments in the nearby area.

An emerging commercial hub: The city has not only caught the interest of the developers and homebuyers, but many top companies are also setting up base in the city, which has led to a surge of employment opportunities in Thane. This is leading to the demand for more homes in the city. The city’s infrastructure is also being strengthened adding as an impetus to developers to come up with new projects in the city.

If you are planning to buy a luxury home in Thane, now is the right time to do so. Massive development is going on in the city and the infrastructure is being strengthened. The property prices of the best residential projects in Thane are still affordable but in times to come, will see a significant increase in terms of price appreciation.